The 2017 season for the Chicago White Sox was a success in many ways, although it was not reflected in the club’s record or the division standings.

That is exactly what the organization had planned for. Going into the season, the White Sox were officially engaging in a full-scale rebuild. It started with the trade of Chris Sale on December 6, 2016.

Sale, the longtime Ace of the White Sox, was acquired by the Boston Red Sox to anchor a rotation contending for a World Series championship. In return, Chicago acquired four prospects, including Yoan Moncada and Michael Kopech.

Entering the 2016 season, Moncada was ranked as the fifth best prospect in baseball. He was also the recipient of the Baseball America Minor League Player of the Year Award in 2016.

Kopech, one of Boston’s first round draft picks in 2014, had a fastball that topped out at around 98 MPH and was consistently rated amongst the top 40 prospects in baseball. 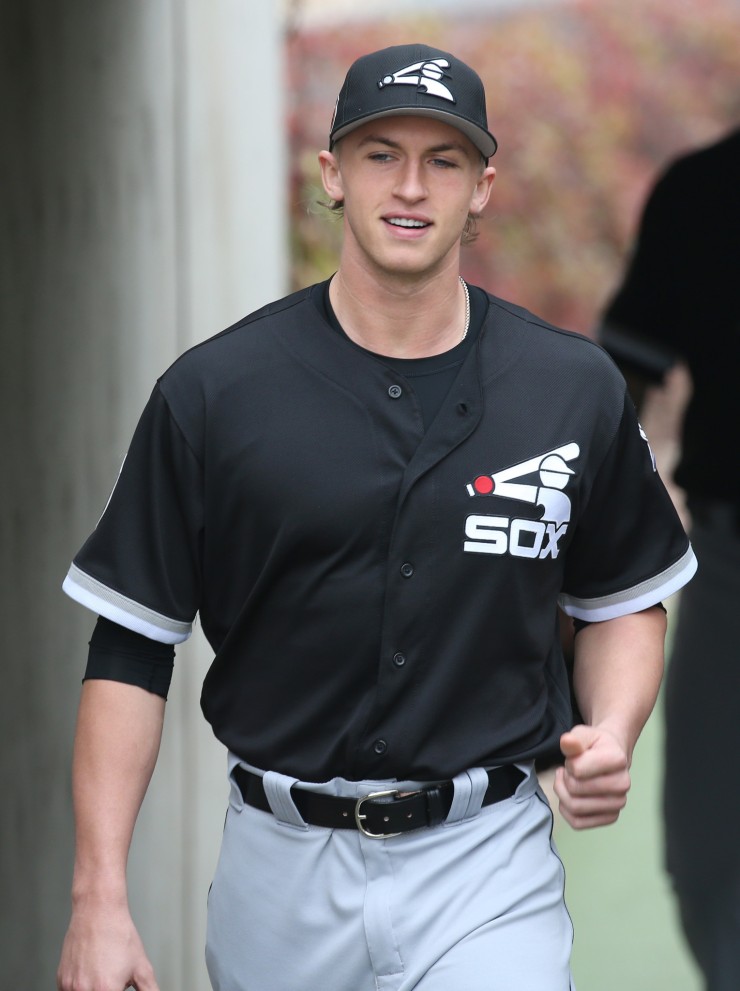 With the face of the franchise now shipped off to Boston, the White Sox were not done dealing. A day later, their spark plug centerfielder, Adam Eaton, was traded. Acquired by the Washington Nationals, Eaton brought back a significant haul for the White Sox. Chicago acquired three pitching prospects: Lucas Giolito, Reynaldo Lopez and Dane Dunning.

With two separate deals, the White Sox instantly replenished what was an underwhelming farm system.

With Moncada, they had their stud position player, capable of being one of the best players in baseball for a long time. With Kopech, Giolito, Lopez and Dunning, the White Sox continued to do what they did well, and that was developing pitching for the future.

After the resignation of Manager Robin Ventura, the club hired Rick Renteria.

Renteria, a one-time Manager of the Chicago Cubs, was tasked with developing a young roster while also assuring the club would continue to compete and play hard. #RickysBoysDontQuit served as a rallying cry for the young team throughout the course of the season.

Rick Hahn did a tremendous job of building for the future in such a short time. What was even more impressive is the fact that after the separate deals for Sale and Eaton, Hahn still had valuable trade chips in Jose Quintana, David Robertson, Todd Frazier and Melky Cabrera to work with.

With Hahn’s offseason work done, buyers during the season would call for the players listed and Hahn and the White Sox were ready to cash in.

On May 27, the White Sox signed Luis Robert to a deal. Robert, considered a Cuban phenom, was yet another piece added to an already bright future for the team. Robert, who played for Cuba’s Serie Nacional Ciego de Avila team from 2013-15, hit .401 with 12 HR, 40 RBI, and 1.213 OPS last season.

With the 11th overall pick in the 2017 Draft, the White Sox selected third baseman Jake Burger from Missouri State. Burger was considered one of the top prospects in the draft.

On July 13, the White Sox made a stunning deal. The team traded Quintana to the crosstown rival Cubs.

While a Quintana deal was inevitable, nobody pegged the Cubs as being the team to acquire him. In fact, a deal of this magnitude was thought to be unimaginable between the local but rival franchises.

The White Sox again made a smart deal, acquiring four prospects from the Cubs including Eloy Jimenez and Dylan Cease.

Jiménez was considered the top international free agent in 2013. Considered a five-tool player, the outfielder was added as another dynamic piece to the future of the White Sox to be paired with Moncada.

Cease, a pitcher with a fastball that topped off at 97 MPH, had been recovered from Tommy John Surgery for his UCL. Baseball America rated him as the second best prospect in the Arizona Fall League at the end of 2015.

With their most valuable piece in Quintana now moved, Hahn still had Frazier, Robertson and Cabrera to work with. He also had smaller pieces in Anthony Swarzak, Dan Jennings, Tommy Kahnle and Miguel Gonzalez to work with.

Rutherford was considered one of the top prospects for the 2016 MLB Draft. Clarkin was one of the Yankees first round draft picks in 2013.

Polo, signed as an international free agent in 2012 by the Pirates, was acquired the Yankees in 2016. He also played for the Colombian National Team in the 2017 World Baseball Classic.

Hahn was wheeling and dealing, and in a few short months, the White Sox farm system was the strongest it had been in a long time. In fact, it was now considered the top farm system in all of baseball. Entering the season, it was considered the third best. Hahn’s rebuild of the team already was off to a successful start.

More deals followed, as the White Sox were able to flip Clippard to the Houston Astros for a player to be named later or cash considerations.

Gonzalez, the lone constant of the rotation that season, was traded to the Texas Rangers for Ti’Quan Forbes. Forbes was drafted by the Rangers in the second round of the 2014 MLB draft.

While the rebuild was the story for the White Sox for the 2017 season, their on-field product offered glimpses of the future as well. Led by Jose Abreu, pieces on already on the big league roster showed that they had a place in the future of the White Sox.

Abreu is the perfect veteran for the young White Sox. At 30-years-old, if he is still a member of the team, he figures to still be in prime when the White Sox are ready to compete for a World Series. A former AL Rookie of the Year, All-Star and Silver Slugger, Abreu figures to be a hot commodity this upcoming offseason. Stay tuned.

He also was selected to the AL All-Star Team – the first selection of his career. He was the White Sox’s lone representative.

Garcia is an intriguing case. While he took a huge step forward this season, the White Sox could feel that this is the highest his value will ever be and include him as part of a deal.

At 26-years-old, he is young enough to be considered as a part of the future but one has to wonder if he is guaranteed to be a part of the roster for the 2018 season. The White Sox definitely should considering moving the All-Star if a favorable deal is offered to them.

2017 Pitcher of the Year: Miguel Gonzalez and Michael Kopech 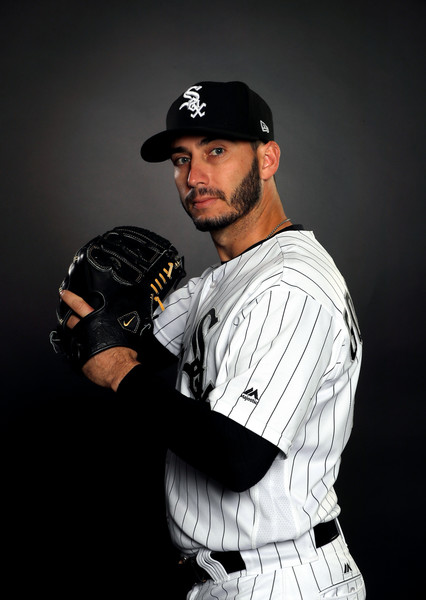 This one was hard to settle on with so many moving parts and deals during the season. At the MLB level, Gonzalez gets the nod here. He was the most consistent starter this season for the rotation with the Quintana deal and failed Holland experiment.

While not the “name” or the “best” pitcher on the staff, he was the most consistent. He turned in several nice starts for the team and was always ready when his name was called.

Kopech, despite not being on the Major League roster, was stellar in 2017.

What to Watch For: The Young Bucks

Several players on the White Sox this season took steps towards development.

Other pieces, such as Carlos Rodon and Carson Fulmer, are expected to continually improve as members of the White Sox.

Rodon, who underwent arthroscopic surgery on his left shoulder, is reportedly expected to miss 6-8 months while recovering from the injury.

While injury issues are a concern for Rodon, he has the potential to be dominant if he can put everything together. He struck out nine or more hitters in five starts this season and struck out 76 hitters in only 69.1 innings this season.

Fulmer is a bit more of a project. While originally projected to be a starter, a bullpen role is also an option for him. He went 3-1 with a 3.86 ERA in 7 games this season, 5 of which were starts. In 23.1 innings, he struck out 19 hitters and opponents only hit .188 against him.

All things considered, the 2017 season for the White Sox was a success. The rebuild has gotten off to a great start and slowly, but surely, the critical pieces to the future have begun to showcase themselves.

Hahn and the rest of the organization deserve a ton of credit for picking a direction and setting the White Sox up for success in the future.

Renteria also deserves a lot of credit, as he was able to not only get the most out of all his players but also avoid the cellar of the AL Central Division. He displayed this ability with the Cubs in 2014 and has all the makings of a Manager who can lead a team to… and win a World Series.

Error: Twitter did not respond. Please wait a few minutes and refresh this page.